In today’s life, people are suffering from various lifestyle problems and developing diseases. Diseases like ankylosing spondylitis are very familiar, specially between the age of 17 to 35 and sometimes it does appear in elder people also. Lack of necessary movements, stiff working positions and sedentary lifestyle accelerate the chances. The main causes are known to be hereditary also. 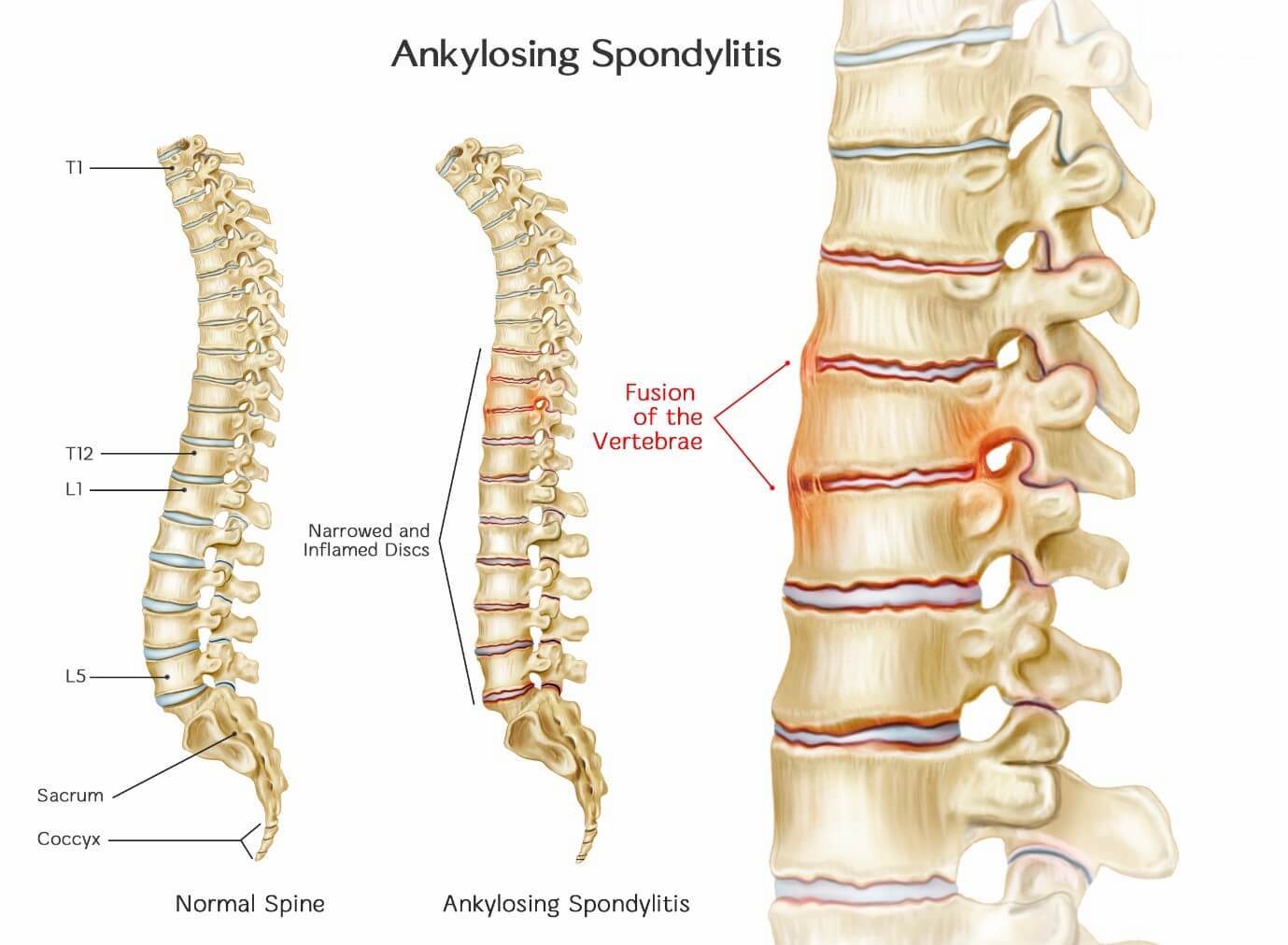 What is ankylosing spondylitis? It is a spinal disorder; basically it’s a type of arthritis that affects the whole back through inflammation. The meaning of ankylosing is rigid or stiff, the meaning of spondyl is the “spine”. The swelling in the large joints and pain in the spine causes pain as well as stiffness at the back. Spondylitis results in depletion in the gap within the hip bones and spine. Known as sacroiliac joint, the pain is often severe.

Who can suffer from ankylosing spondylitis? Ankylosing spondylitisis a very common disease between the age of 17 to 35 and sometimes it can be found in elders also. Spondylitis can affect women as well as men and it can also appear in any member of the family.

What are the signs of ankylosing spondylitis? Signs of Ankylosing Spondylitis go away plus return over time. Signs can happen a bit separately in each person. The signs may involve:

How is Ankylosing Spondylitis treated? Treatment of AS will depend on the signs, age, plus general health of the patient. Plus the condition of the person is also important to treat. The purpose of medication is to reduce the pain in the spine and stiffness, limit deformities, plus also keep as healthy a lifestyle as possible. Medication may involve:

What are the difficulties of ankylosing spondylitis? As time passes, a frontal spine may develop with ankylosing spondylitis. A person who is suffering from AS has a high chance of weakening of their bones. Spondylitis can also show the symptoms of psoriasis, as well as the inflammation of the eye, intestinal tract and aortic valve.

When/How to consult a doctor? If you find any above signs hinting at chances of AS in you, then take advice from your healthcare provider. It is always better to know the exact problems to be able to start precautionary measures or relief procedures at the easliest. Talk to the health care providers regarding the uncertainties, advantages, and potential side effects of all vaccinations and medication.