Commonly called as the knee pain chondromalacia patella is one of the most frequently occurring knee pain in the youth. It is also called a patellofemoral syndrome. In this an abnormal softening of the cartilage of underside, the kneecap – patella is observed which is the cause of pain in the front part of the knee.. It is termed in common language as ‘runners’ knee’.

Chondromalacia patella is often noticed as an overuse injury in the sports field. The cartilage under the knee is the natural shock absorber and the degeneration of it due to poor alignment of the kneecap results into chondromalacia patella. In common term it is a damage, softening or wear and tear of the patella which can range from slight to even severe.

The word ‘chondromalacia’ is a combination of two Greek words – “chrondros” meaning cartilage and “malacia” meaning softening, therefore, connecting this with its meaning that is softening of the articular cartilage on the posterior surface of the patella. 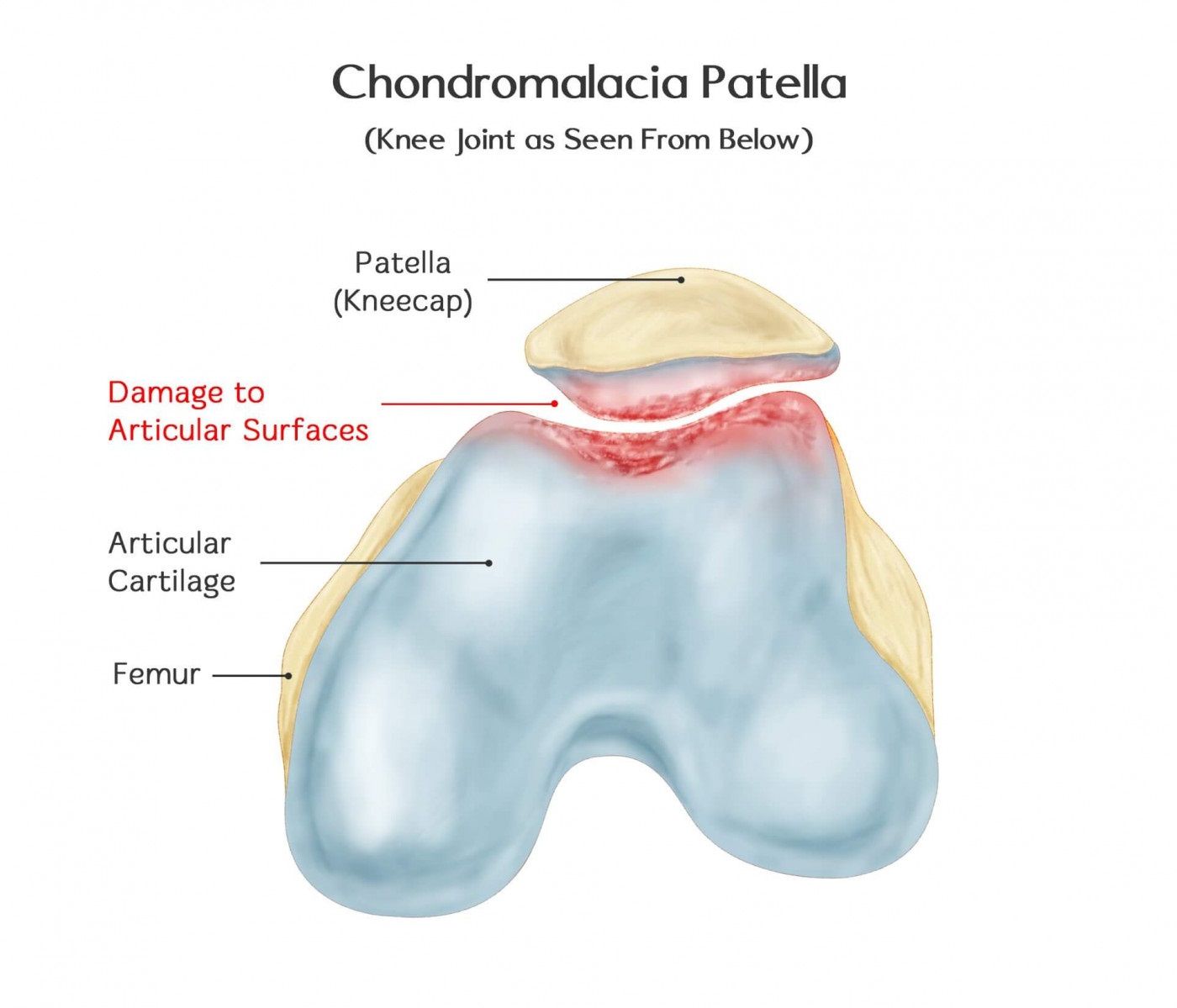 CAUSES
Several conditions can become the cause of chondromalacia patella. The repeated stress on the knee joint resulting from excessive running, jumping or sports like skiing, imbalance in the muscles between the inner and outer surface of the thighs and poor alignment of the knees are some of the common causes of the knee pain.
Females, as possessing lesser muscular build-up than males are more likely to develop chondromalacia patella. Previous injuries to the patella like dislocation or a fracture also increases the risk of developing it. During the adolescent and young age, the muscles and bones develop rapidly making them more prone to have it. Though common among youth it may also occur in older one who is suffering from knee arthritis a condition in which
inflammation is observed in the knee joint and tissue.

In older people, it may develop as a part of the ageing process where there is wear and tear of the cartilage in many joints of the body. Another cause of chondromalacia patella could be having a flat foot which places much more stress and pressure on knee joints due to lack of arches in the foot base. In some people, it occurs due to misalignment causing the patella to rub, rather than glide over the femur. It may be due to an imbalance of the muscles surrounding the knee.

The symptoms of chondromalacia patella are generally a dull pain or aching near and all around the knee. A vague discomfort is felt while running, jumping or simply moving the kneecap. A noise grinding or cracking is felt when the knees are moved, while bending them, going up or down the stairs, running down the hills, standing up after sitting a while or maybe by sitting with bent knees for long durations. Some patients may have a sense of tightness in
the knee region. The severity of the chondromalacia patella depends on the depth of the injury of the patella. It varies from simply softening of the cartilage in the knee area to softening along with the beginning of the erosion of the tissue.

Chondromalacia patella can be diagnosed firstly by a physical examination. The doctor observes the tenderness or swelling in the knee area and checks the alignment of the kneecap with the thigh bone as a misalignment may indicate a “runner’s knee”.

To check the severity a pressure will be applied on the extended kneecap. This is only a working diagnosis not a definite one as the cartilages cannot be seen without further tests. At this condition where no proof is found of chondromalacia patella, some doctors refer the pain as patellofemoral pain syndrome or anterior knee pain.

It doesn’t matter much as the treatment remains the same for such cases. After this, the doctor may suggest the following tests. Firstly a knee X-Ray or blood tests to diagnose arthritis or inflammation. Then an MRI scan to examine the details of the knee joint and finally the arthroscopy by inserting a tiny, flexible camera into the knee to check the exact situation of the cartilage. 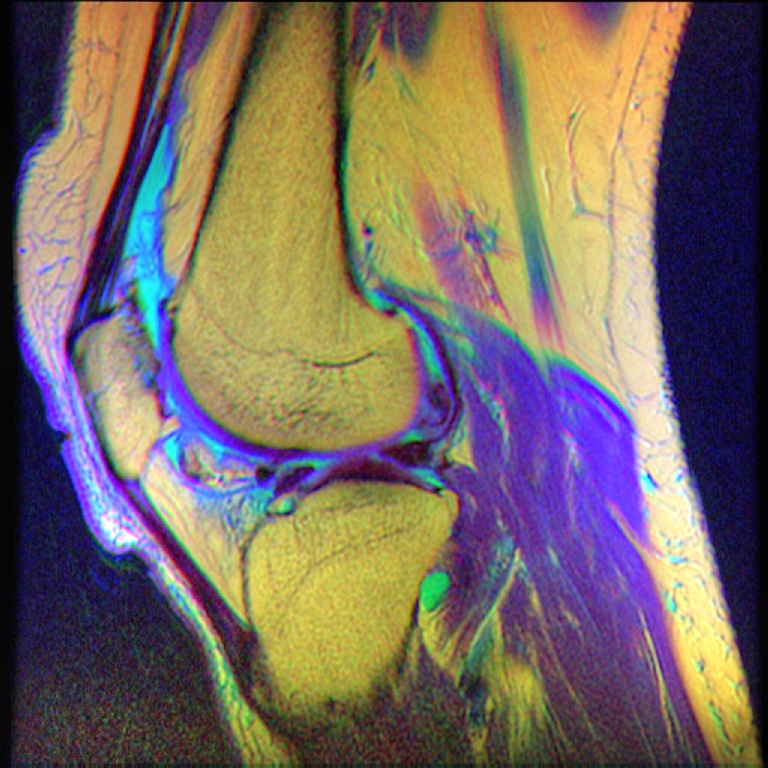 Mostly it is cured by resting the knee or following simple self-care treatment. The main purpose of treatment is to reduce the pain by decreasing the pressure on the kneecap and joint. Placing of ice on the affected area for 15 to 20 minutes, 4 to 5 times daily for several day can cause relief. Having nonsteroidal anti-inflammatory drugs like ibuprofen, naproxen and aspirin to reduce swelling and tenderness. If still, the symptoms persist a physical therapy will be suggested to strengthen and balance the muscles around the knee. Exercises involving lightning and releasing of muscles will too help in maintaining muscle mass. Lastly, arthroscopic surgery to examine the misalignment of the knee will be done to release tension and allow free movement of the kneecap. 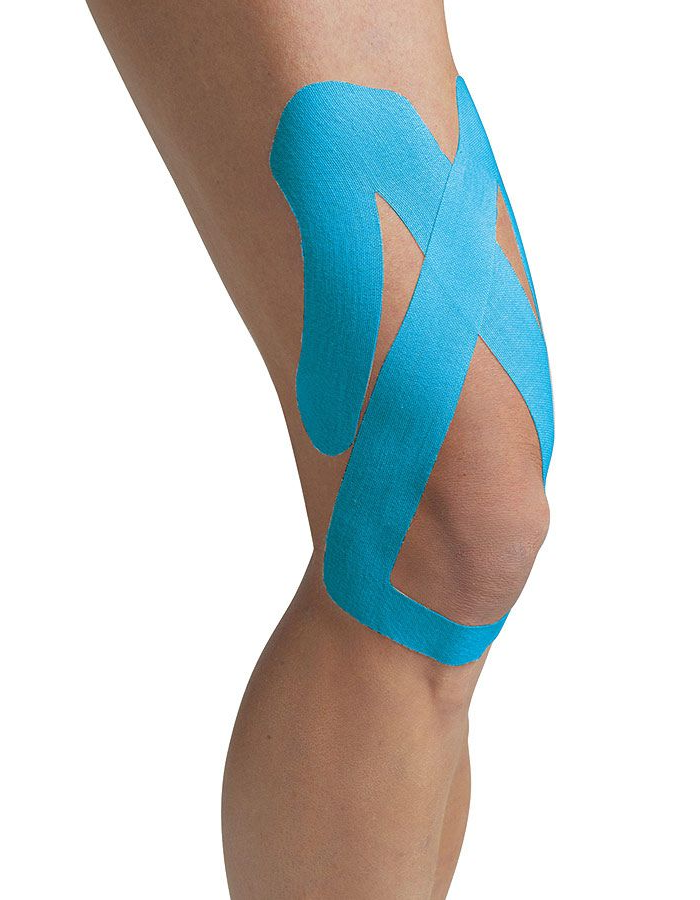