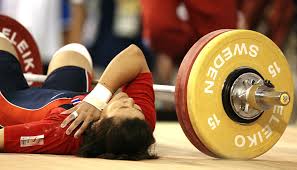 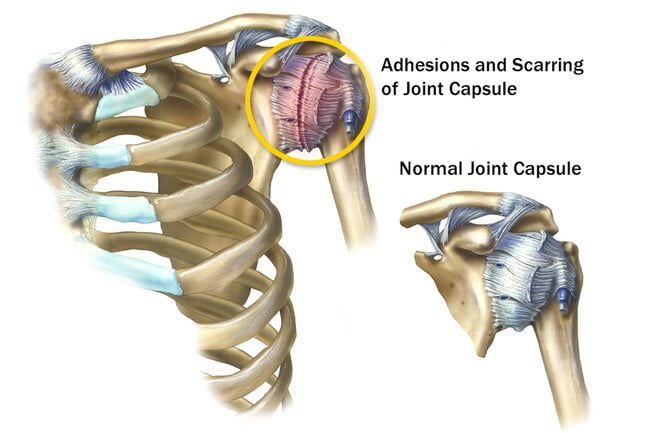 The shoulder is a complex anatomic structure that allows movement in many planes. Patients often ignore the importance of the shoulder joint until its function becomes compromised. It then becomes obvious how crucial it is for many essential activities. The expression “If you don’t use it, you lose it” applies perfectly to diseases of the shoulder because any voluntary or involuntary guarding of the shoulder may result in loss of mobility.

Your shoulder is made up of three bones that form a ball-and-socket joint. There’s also tissue surrounding your shoulder joint that holds everything together. This is called the shoulder capsule.

The term “adhesive capsulitis” has been applied to conditions when the shoulder is working at less than its optimal range. Because the shoulder joint is so complex, it is important to determine the precise cause for loss of shoulder mobility. It is paramount that physicians use proper terminology so that they can communicate effectively and treat patients appropriately.

What is Adhesive Capsulitis?

Adhesive Capsulitis, also called Frozen Shoulder, is a painful condition in which the movement of the shoulder becomes limited.

Adhesive Capsulitis occurs when the strong connective tissue surrounding the shoulder joint (called the shoulder joint capsule) become thick, stiff, and inflamed. (The joint capsule contains the ligaments that attach the top of the upper arm bone [humeral head] to the shoulder socket [glenoid], firmly holding the joint in place. This is more commonly known as the “ball and socket” joint.)

The condition is called “frozen” or “Adhesive” shoulder as it becomes stiff, because the more pain that is felt, the less likely the shoulder will be used. Lack of use causes the shoulder capsule to thicken and becomes tight, making the shoulder even more difficult to move — it is “frozen” in its position.

Hence there are two categories for the adhesive capsulitis/ Frozen Shoulder:

Where post-injury, there may be an altered movement patterns to protect the painful structures, which will in turn change the motor control of the shoulder, reducing the range of motion, and gradually stiffens up the joint.

People 40 and older, particularly women, are more likely to have frozen shoulder.

Adhesive capsulitis has an incidence of 3–5% in the general population and up to 20% in those with diabetes. This disorder is one of the most common musculoskeletal problems seen in orthopaedics .Although some have described adhesive capsulitis as a self-limiting disorder that resolves in 1–3 years other studies report ranges of between 20 and 50% of patients with adhesive capsulitis which suffer long-term range of motion (ROM) deficits that may last up to 10 years .

Other co-morbid conditions include hypoadrenalism, Parkinson’s disease, hyperthyroidism, pulmonary disease, hypothyroidism, cardiac disease, stroke, and even surgical procedures that do not affect the shoulder such as cardiac surgery, cardiac catheterization, neurosurgery, and radical neck dissection.

Frozen shoulder typically develops slowly, and in three stages. Each stage can last a number of months.

However Adhesive capsulitis is a musculoskeletal condition that has a disabling capability. The early diagnosis can be cured with non-operative treatments. But if the condition is ignored for the long time it can be turned into serious one which has to go under operative management for recovery.