It happens due to the narrowing of subcoracoid space.

This form of impingement should be included in the differential diagnosis as it is very uncommon.

The coracoid space includes the:

In most cases, the difference in length of the coracoid process is responsible for the change in size and shape of the coracoacromial arch and the rotator cuff, which gives rise to the high possibility of Subcoracoid impingement.

A recent study shows that the problem is clinical with anterior instability of the coracohumeral distance. 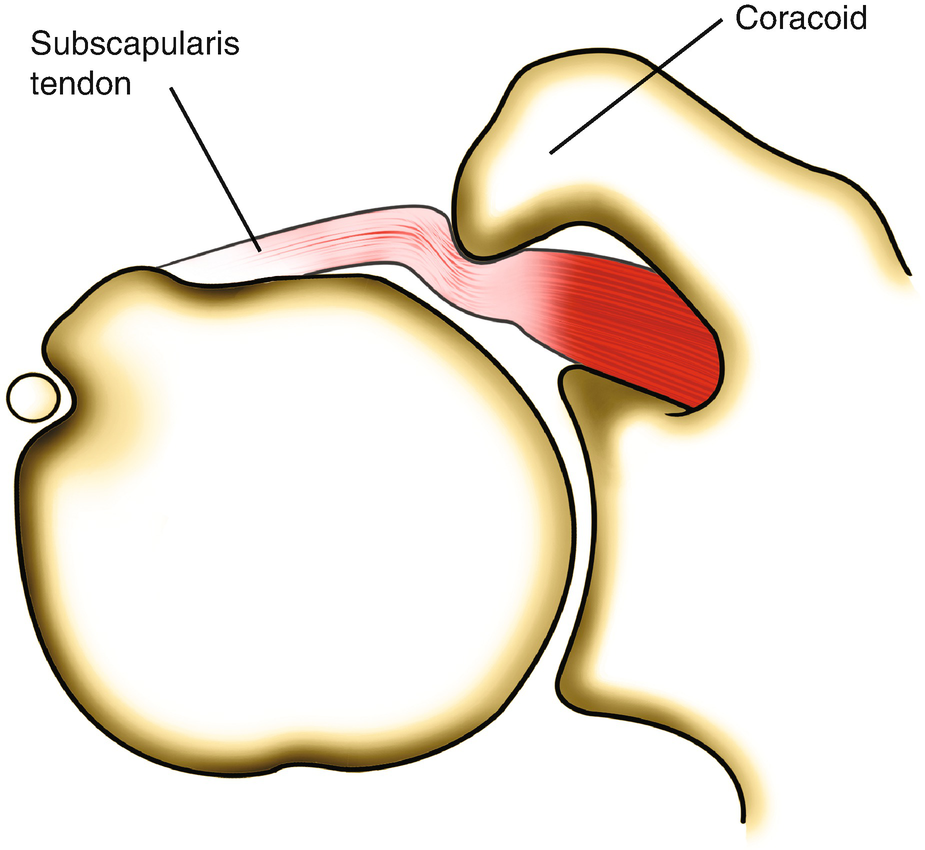 When the subscapularis tendon pinches between the coracoid and the lesser tuberosity of the humerus, it causes the tendons to degenerate and leads to pain in soft tissues.

The causes are divided into three categories:

Fracture in the humeral head or neck

Anterior shoulder injury in the past

Injuries in the frontal shoulder

The main symptom of Subcoracoid impingement is the dull pain in the anterior area of the shoulder that increases when the shoulder is flexed forward, adducted, or rotated internally.

The doctor will carry out a physical examination and will look for scars and deformities in the shoulder region. The doctor will slightly pressure the affected area to gauge the softness of the tissues around the coracoid process and lesser tuberosity.

The subcoracoid impingement test is like the subacromial impingement test, i.e., the Kennedy-Hawkins test where the shoulder is placed in a cross arm adduction, forward elevation, and internal rotation to get the lesser tuberosity in contact with the coracoids. 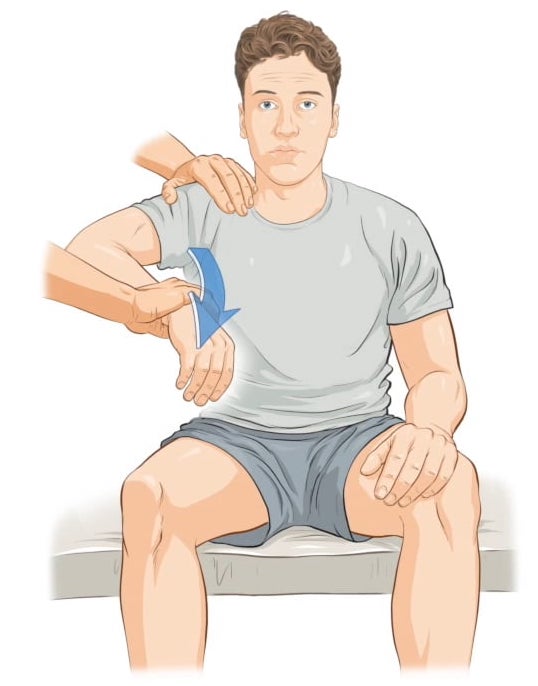 X-ray of the shoulder will show any anatomical abnormality that may have happened due to the impingement.

MRIs and CT Scans are useful too. 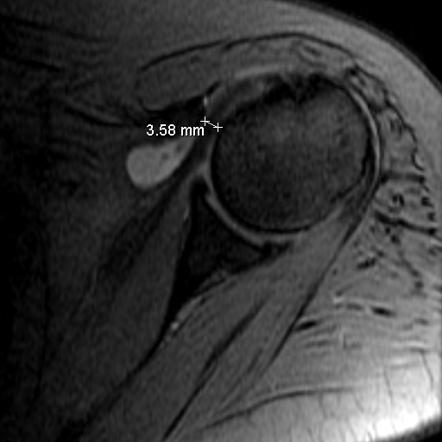 The primary treatment for Subcoracoid Impingement should be physical therapy. Extreme and intense hand movements should be avoided.

Physical therapy should be taken to strengthen the rotator cuff muscle and stabilize the coracohumeral distance.

Painkillers, as prescribed by the doctor for the treatment of the syndrome, are also available.

If the pain is severe and cannot be bearable, surgical decompression of the subcoracoid space is advisable. This comprises of open or arthroscopic coracoplasty, a combination of coracoacromial ligament resection and acromioplasty, or anterior shoulder stabilization.

For patients who have undergone surgery, doctors suggest physiotherapy after a week of operation which includes a gradual range of motion and scapular exercises.

Combined flexion adduction and internal rotation were avoided for two months after the surgery.

As the prevalence of Subcoracoid Impingement is very rare and unusual, it has not been extensively studied. Though it is not as common as subacromial impingement, the possibility of these two syndromes co-existing should be taken into consideration before performing the diagnosis.

If conservative treatments fail, surgical decompression can be offered as the last option.